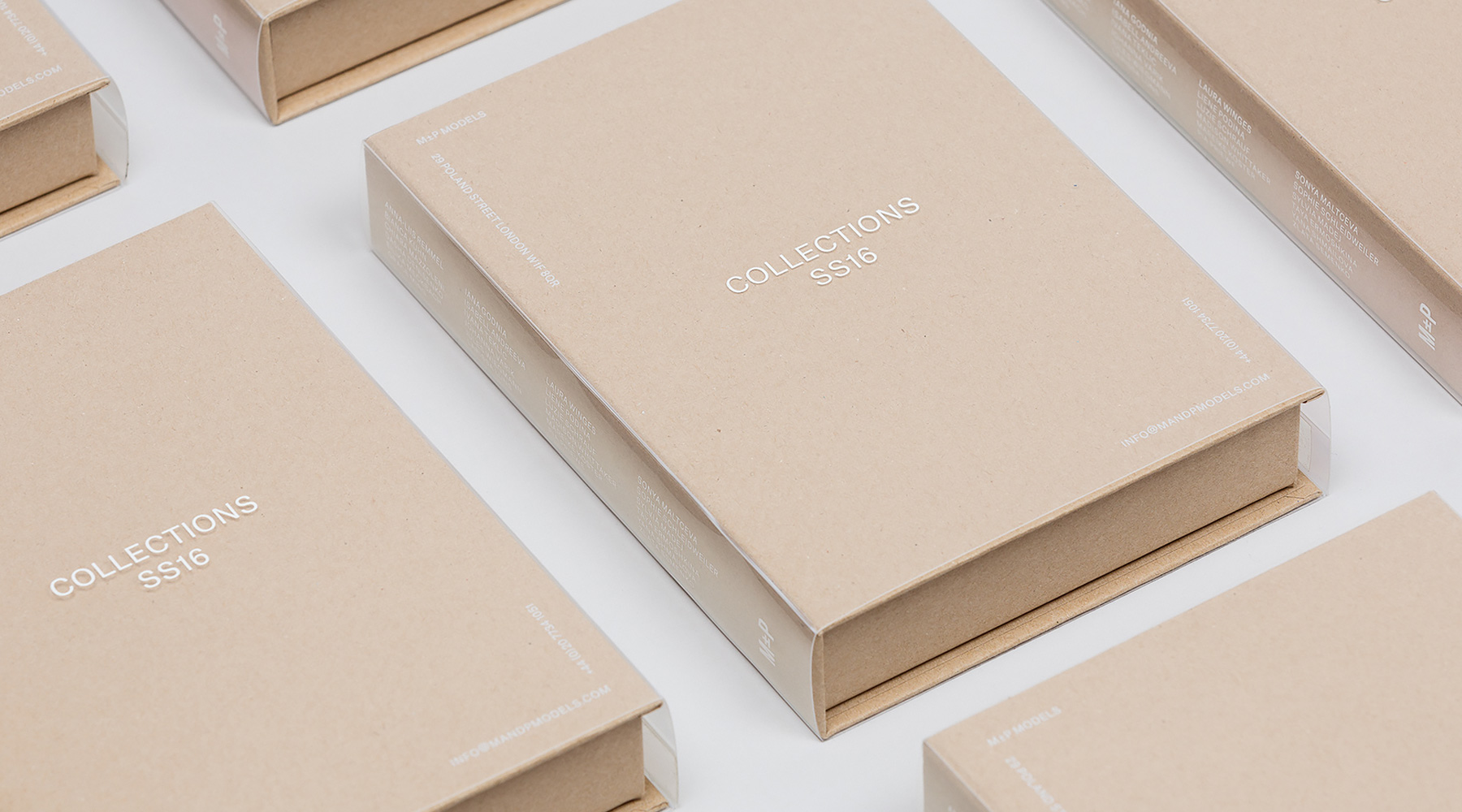 Founded by Mignon Matthews more than 25 years ago in the heart of London’s Soho, M±P Models has established itself over a quarter of a century as one of the UK capital’s leading voices in model management. With its huge roster of models spanning both commercial and editorial projects, M±P provides fresh, dynamic talent for some of the world’s leading magazines, agencies and photographers.

First of two showpacks in 2016 for soho based, M±P Models. We worked on the concept for the pack and internal cards alongside the agency and collaborated with great friends of the studio, Nirvana CPH on the production and bringing our creation to life. The SS/16 pack features a custom made, concealed magnetic closure box with an interchangeable plastic sleeve. With the models name printed onto the spine of the sleeve, allows for easy updating and reuse of the core element.